Change Ad Consent Do not sell my data Fire pit things | Page 5 | The Boneyard
Menu
Log in
Register
Install the app
You are using an out of date browser. It may not display this or other websites correctly.
You should upgrade or use an alternative browser.

I'm looking to get a fire pit thing for my deck. Any suggestions? Anyone have one of these?

Want a Fire Pit to Bring You Closer to Friends & Family?

CL82 said:
Getting an oversized round piece of stone (quartz, granite whatever) would be a cool idea and would make it more attractive when not in use. BTW, follow Dream Jobbed lead and throw some wood in that bad boy. That flame looks like an oversized can of Sterno.
Expand ...

Dream Jobbed 2.0 said:
View attachment 65748
The one upside to not having a game to watch last night was being able to swing having the guys over to watch hoops to being able to FINALLY use my solostove bonfire that I got my for “Christmas” in late January. This is thing is everything it’s cracked up to be. No fighting to get it going. Virtually no smoke. Lots of heat. And yes very cool looking flame.
Expand ...

ur jeans ain't torn at the knees. poser. lol. but, those kix look like they may have seen some grass cutting action, so ur absolved. for now. also lol.
Upvote 0 Downvote

ClifSpliffy said:
ur jeans ain't torn at the knees. poser. lol. but, those kix look like they may have seen some grass cutting action, so ur absolved. for now. also lol.
Expand ...

HuskyHawk said:
Yes, I obviously bought the wrong thing. So get the white cover or the lid to make it a table?

I’d go white cover and a separate table. The cover works great. 100% waterproof and it has rods to keep its shape making for a seemless on and off
Upvote 0 Downvote

HuskyHawk said:
Used the Solo Bonfire on Friday night. It was a little wet when I took the cover off. Doesn't really keep the water out. Has anybody bought the lid? I am tempted to get that and use it as a table, but I am also hoping it is more effective at keeping water out.


cheap pizza pan on top when not in use. The next fires fuel on top to weigh it down.
Upvote 0 Downvote 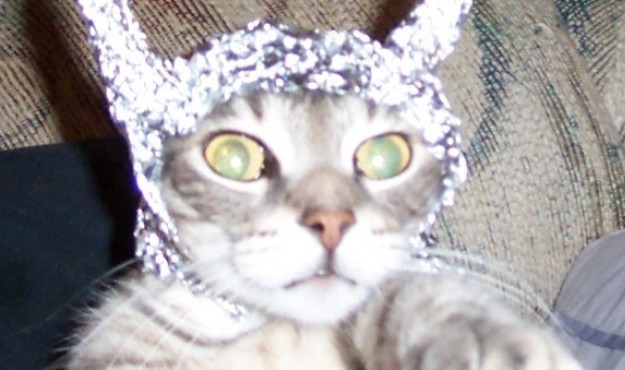 Need to flex my heat deflector on my solo stove.

temery said:
I'm looking to get a fire pit thing for my deck. Any suggestions? Anyone have one of these?

Want a Fire Pit to Bring You Closer to Friends & Family?

We got the solo stove-UConn its the largest one, Youi will not be disappointed.Make sure you get the fire stoked up pretty good and then there is virtually no smoke. Be careful though and do not touch the sides! Burns down to almost no ash when done.
Upvote 0 Downvote
U

The sides are stainless steel but I don't think the bottom is; and there is no conductivity whatsoever to the stand. You can't touch the sides of the fire pit while it's going, but you can put your bare hand on the stand it is is cool to the touch. It's pretty impressive.

The owners of the house next door to the beach house we rented last week came over and rang our doorbell almost instantly on the first night because they thought we had an unattended open flame, which is what you would think if you were looking up at a third-floor deck with a raging fire. But it is really pretty self-contained (unless, like me, you get a little carried away at times and need your wife to remind you to rein it in).

1. Again, be careful with the screen, and if you place it flat on a composite deck while steaming hot it could cause some slight impressions. I lean it on its side when I take it off, and it leans on the wooden rails on our deck, which is not an issue.

2. It is not "smokeless" as advertised. It is much less smoky than a traditional fire or fire pit, however. Once it gets going there is very little smoke at all, but depending on your kindling, fuel, and wind, it can be a little smoky while you're getting it going--which doesn't take much fuel or time at all. I use two small pieces of fat wood, some newspaper/cardboard and a couple small log pieces.
Expand ...

Agree 100% with your assessment. We just got the UConn-it is great once it gets stoked
Upvote 0 Downvote

Don't know whether I updated this since this past summer's vacation, but I learned that it can definitely be too windy to operate safely in a tight deck area like the third-floor balcony on the house we rent for our summer vacation. This year there was a storm offshore for much of the week and strong ocean breezes every evening, which effectively turned the Solo Stove into a massive blow torch, even with only a few small pieces of wood. Would have been fine on my house deck, which has plenty of room, but no go on the balcony of the rental house this year.
He not busy being born is busy dying
Upvote 0 Downvote
You must log in or register to reply here.
Share:
Facebook Twitter Pinterest Tumblr WhatsApp Email Link